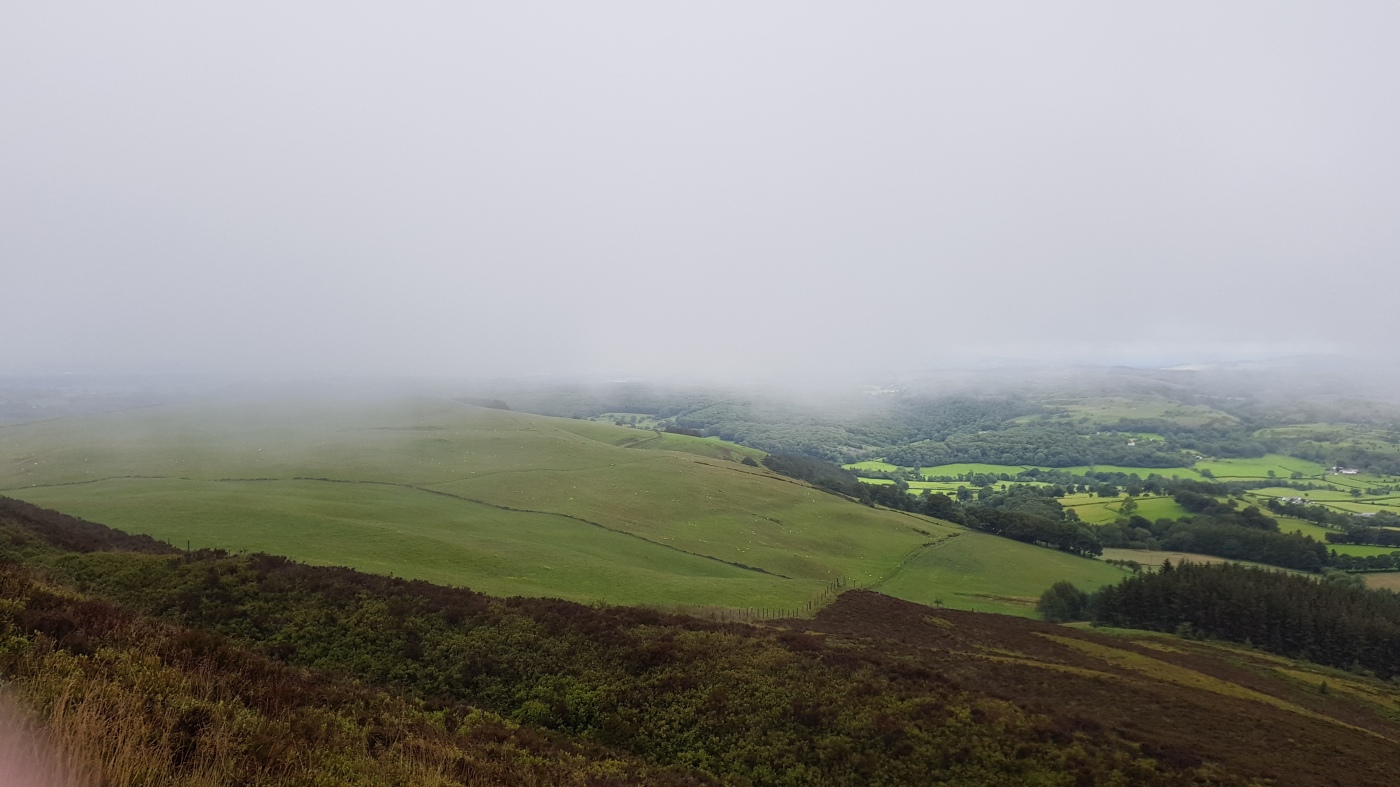 Lock down is tough.
I’m lucky, I’ve had a fairly easy time compared to many but; all trips abroad and a city break cancelled, concerts postponed or cancelled, no camping trips and unable to access the hills for months.

I have tried to average around 30 to 40 miles a week doing local walks (I’m determined to still complete the ViewRanger 1000 mile challenge!).
I’m lucky, I live near woods and quiet country lanes but Wirral is flat, very flat so, as soon as it was announced that Wales was opening it’s borders, I booked some time off work.

I’m very keen to try out the new MSR tent but I’m holding off any overnight stays at the moment as only self contained units (things with their own loo) can be used for overnight stays.
At least, I think that’s the current rule.
To make matters worse, on the drive up I passed signs saying Welsh Covid rules apply.
I don’t fully understand my own country’s rules!

The weather forecast was brilliant. A bonus blast around the country lanes in the Abarth with the top down perhaps.
Needless to say, the weather forecast changed considerably the day before and, to quote Half Man Half Biscuit, the cloud base was low on the Clwydian hills but, to quote HMHB again, no storm warning was going to stop me setting out again.

I parked up in my usual spot in Llanferres and walked through the Druid Inn car park to Rectory Lane. Just past the last house, I headed up hill.
Only a few minutes from the car and the views were lovely.

It’s strange how Covid-19 has changed normal activities. Previously I’d think nothing of opening a gate. Now, it was a well planned manoeuvre involving one ‘dirty hand’, a foot and a squirt of hand sanitiser. Other than though, everything was as it has always been.

The first part of this walk was a route I knew well. Up Foel Fenlli and down towards the Bwlch Penbarra car park. The second part was (surprisingly!) new to me. I stayed to the west edge of the foot of Moel Famau then headed to the north of Coed Ceunant.
Shortly after joining a narrow road, I had planned on cutting across a field towards Llanbedr hall.
After crossing a small stream, I noticed a number of cows in the next field. They seemed content enough, munching away on their lunch.
I glanced down at the map, just continue in the direction I was heading, towards a gap in the fence.
I altered my route slightly to give the cows a wide berth.
They noticed me and started heading closer.
I moved further to the right, they started to group.
They were congregating between me and the gap in the fence which I discovered, led to another field of cows.
I wimped out and turned around and crossed back over the stream.
I knew the road would lead me down to the road in to Llanbedr and from there, I could get back on track.

As it turned out, this wasn’t a bad decision. I headed up the track towards old St Peter’s Church.
After a good look around at the gravestones dating from the 17 and 1800s and getting the obligatory photos, I headed to the back of the grounds, through an old gate and on to a path.
I’m not entirely sure I should have been there, but it got me on to the lane where the cow field would have led to.

It was now getting close to midday. The temperature had increased and it had become rather muggy. I was glad of the drizzle to cool me off as the route slowly climbed back to Fenlli.
I stayed on the lower path around the hill before following the path I’d taken earlier to the car.

This route (with the cow detour!) is available to download as a GPX
I’ve also added a Relive Fly Through.

Tuesday was another walk, this time near Ruabon.
Not as hilly and not as scenic but a pleasant walk, despite a detour along the roads. A farmer had decided to grow the world’s biggest and thickest corn right across the path.

Wednesday was back to the realities of Covid, spending over two hours negotiating a full refund for another cancelled holiday, but the hills are back!